What does being a Catholic College mean today? Laboure forms Catholic Identity Workgroup.

The purpose of the retreat was to reflect on who we are as a college community and how our identity is linked to our core values. Toward this end, the retreat began and concluded with and in prayer. The opportunity to collectively and carefully articulate our history, traditions and charisms in light of our professed Mission Statement, the operative principals of the Daughters of Charity, the educational values of St. Vincent de Paul and the themes of Catholic Social teaching brought detailed and insightful conversation.

The afternoon session was dedicated to forming a core values tree; each leaf representing a core value each group of participants defined as integral to our identity. Given the College is no longer formally associated with a religious enterprise, we have launched an initiative that is rooted in the past yet forward looking relative to our mission as educators and practitioners.

Above all, our Retreat day is only a beginning of an ongoing conversation wherein the place of spirituality at Labouré looms large alongside the College's mission in developing professional competence and enriching academic excellence. We look forward to inviting you to participate in fashioning in "real time" the core values identified by retreat participants.

The values identified at the retreat were:

Within the literature, history and engagements of the many faith traditions represented at Labouré, the overriding value of Caritas, i.e., charity, linked to our health care interests, seeks to honor human rights, cultural diversity and interdependence. Awareness of the connectivity between and among people spiritually, is essential if we are to sustain life's quality. The challenge then is to recognize and celebrate what people of faith who are associated with Labouré have to say and do in light of their spirituality in the face of human need.

Sharing more than a bowl of soup 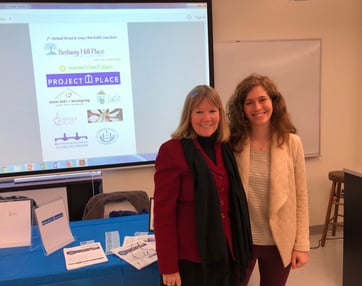 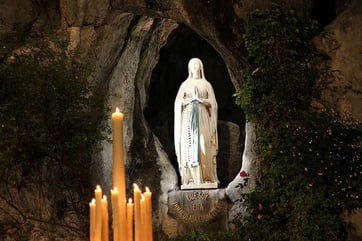 Laboure College is sending two nursing students to Lourdes France on a pilgrimage with the Order of Malta.