“The real heart of being a health care professional lies in being an advocate and a presence for those who are in a very vulnerable and powerless place in their lives.”

Healthcare is a profession rooted in compassion. Her passion for caring for others is what attracted Cheryl Kane to nursing and this is what she spoke about as the commencement speaker for Labouré College’s 2018 graduating class. 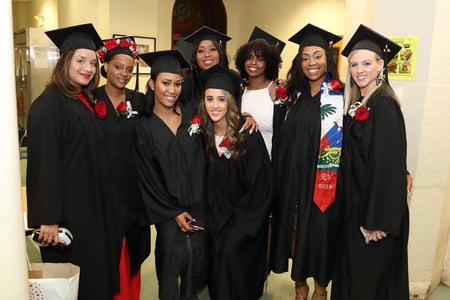 As a child, Kane saw herself as a nurse and loved the idea of caring for people in a healthcare setting, but she opted instead for a different path, joining the Franciscan Sisters after high school. After 20 years as a Franciscan Sister, she still felt the restlessness in her heart for nursing and decided to change careers, attending the Boston College School of Nursing. “I decided to go into nursing because I wanted to work with the people who were really marginalized and vulnerable in our society. My faith as a Catholic and my Franciscan background had a strong impact in me wanting to continue with those on the fringes of society and I was in touch with the Boston Health Care for the Homeless Program while I was in nursing school because I knew I wanted to work with them,” said Kane.

Kane began her work at the Boston Health Care for the Homeless Program as a nurse on the Street Team. A multidisciplinary group of doctors, nurse practitioners, psychiatrists, social workers, and more, the Street Team worked to provide healthcare options for men and women living on the street and creating that connection to care was no small task. “Developing a relationship of trust with our patients who were homeless was at the core of all the work we did. It was so important that we always kept our word and did exactly as we said we would. But the beauty of working on the street team is that it offered us the time to really talk with the patients and learn who they were and their story, which helped us treat them more holistically,” said Kane.

In her commencement address, Kane spoke of the challenges each new graduate would face.

“You are entering your profession at a time when staff resources are limited, the workload is heavy and there is the pressure of trying to provide the highest quality inpatient care. The great challenge that lies before all of us in this very busy environment is how to always treat each patient with the eyes of compassion. While it is critical to be adept with professional skills, the real heart of being a healthcare professional lies in being an advocate and a presence for those who are in a very vulnerable and powerless place in their lives.”

Concluding her speech, Kane urged students to continue asking questions and to stay grounded in the compassionate patient care that was modeled for them at Labouré. “I continue to learn each day that true healing begins when each patient encounter is rooted in compassion. If we look deeper with eyes of compassion, we will always find the face of God!” 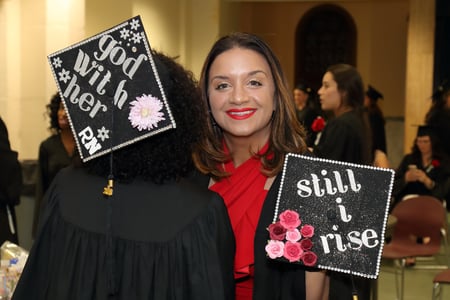 Labouré College was honored to have Kane speak at commencement because of her deep commitment to the College. She served on the Labouré College Board of Directors from September 2011 to October 2016.

“I was attracted to the spirit of Labouré and I love the fact that the student body is so multicultural and diverse. Labouré students work full-time and raise families. Many are the first in their family to go to college and even more are career changers. Each student wants to be in the healthcare field so much that they sacrifice so much to be at Labouré. It’s truly one of Boston’s best kept secrets,” said Kane.

Vice President of Academic Affairs, Marilyn Gardner, Ph.D., and J.D., presided over the conferring of degrees. Members of the graduating class include:

Congratulations to Suki Stiles RN BSN, Labouré ASN Class of 2013, for being honored by Reebok as a real life wonder wom... 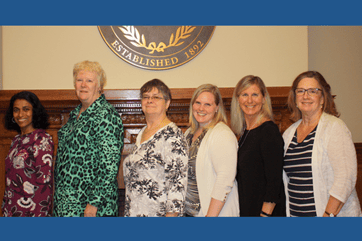 Coding Grads Get Together for Networking Event