Chair, Labouré Board of Directors

Chief of Leadership Giving at Archdiocese of Boston / Cardinal's Office 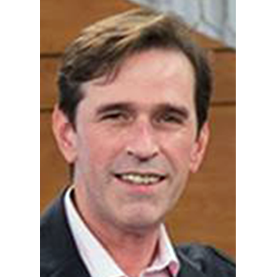 Damien DeVasto is Chief of Leadership Giving for the Roman Catholic Archdiocese of Boston. In this role he oversees Major and Principal gift activity on behalf of Cardinal Seán and assists with significant philanthropic initiatives within the Church.

Damien joined the Archdiocese in January 2002 as executive director of the Cardinal’s Appeal. Forming and collaborating with Priest and Lay Advisory Committees, he shepherded the Appeal through the Church crisis, revitalizing and rebranding the campaign and bringing funds raised from $8.5 million in 2002 to over $14 million in 2006.

Before the Archdiocese, Damien was the Director of Marketing for Epsilon, a leading database and fund-raising consulting firm. In addition to guiding the marketing and sales teams in the non-profit sector, he served as a senior fund-raising consultant to a number of prominent groups including the American Diabetes Association, the San Diego Zoo and the Catholic Relief Services, where his team implemented the first $1million web-based fundraising campaign.

Prior to Epilson, Damien worked in senior development and communications positions for organizations such as the Visiting Nurse and Community Health Foundation and St. Coletta and Cardinal Cushing Schools.

Damien’s fundraising leadership has been profiled in The Chronicle of Philanthropy, FundRaising Success magazine and Direct Mail News. He has been quoted in The New York Times, The Boston Globe and other major media. In addition to his long-term involvement with Laboure’, Damien is the former Board Chair for St. Patrick’s School, Roxbury MA, and former Area Chair for the Order of Malta, New England. Damien graduated from Duquesne University with a BA in History and English and lives in Charlestown, Massachusetts.